A new build has been made publicly available today which fixes several bugs reported by our end users including fixes for: BSOD caused by the Windows 10 anniversary update; digital signature errors; inaccessible boot devices errors after installation; as well as a fix for a Windows update related problem by booting from a PE environment.

Essentially, this build addresses several errors regarding Windows 10. Our testing has been extensive in-house and we’re very proud of this build as it tackles debilitating errors faced by our users.

In addition to this fixes users can enjoy a refreshed UI, improvements to the RMC in pushing Windows updates to its end users, a Snapshot Condition feature, and enhanced protection of the MBR.

This is big and one we’re very proud of. Previously, we had recommended our users to completely uninstall and reinstall our software every time Microsoft issued a major Windows update. While this worked around the problem, it was more of a band-aid to the situation than a fix.

Now, our users no longer need to uninstall and reinstall the program when there’s a major Windows update.

What our development team discovered with major Windows updates is that the PC in the middle of an update needed to restart into a different install environment. Our software was not able to properly determine whether it was a new OS or just another instance, therefore it would just corrupt the PC.

This new build can now determine the difference, so our end users shouldn’t experience these sort of problems anymore! 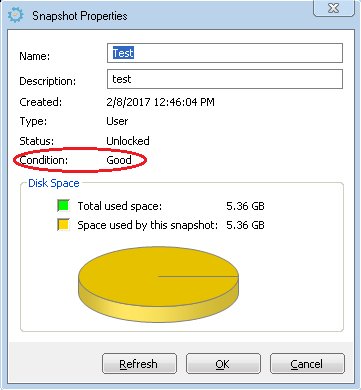 RollBack Rx, as with all software, is not infallible. It offers incredible protection and lightning fast recovery speeds, but not all snapshots are going to be stable all the time and some users can sometimes find attempting to load into a snapshot fails.

With this new feature the software will inspect the snapshots and determine whether or not it’s safe to load into or not.

Check on a snapshot condition by opening the program, going to the Snapshots tab, right-clicking a snapshot and selecting Properties. In this window a line states, “Condition:” and will either read as “Good” or “Questionable”.

A “Good” snapshot is as the name implies.

Keep this in mind when looking to run a restore.

Reboot Restore Rx Professional has seen some changes in the RMC and in the program for applying Windows updates.

There is now an “Update Now” button added to the program inside of the System Baseline tab. When this is clicked the automated updates will apply the moment it’s clicked rather than waiting on the schedule. It will run the updates until Windows updates complete. 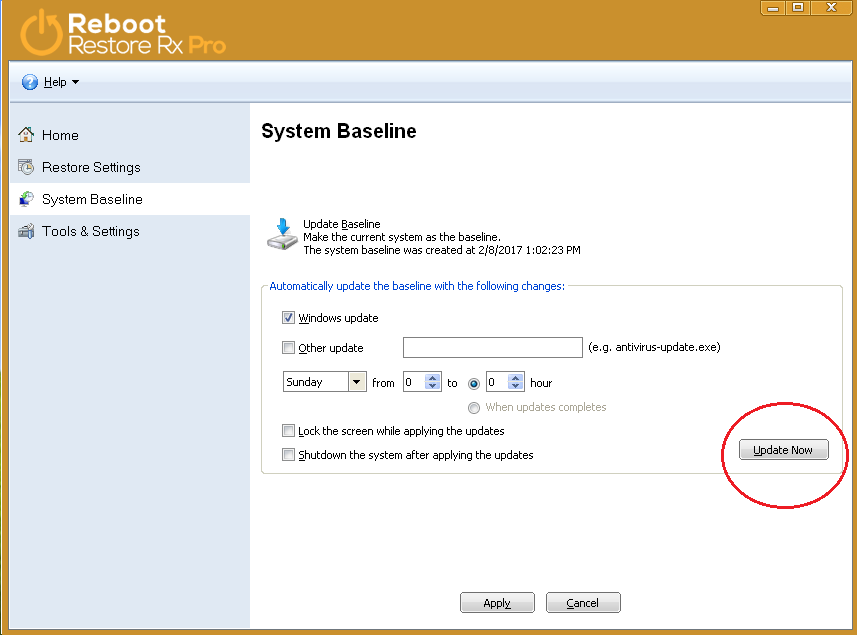 This same feature in the RMC where users can select “Apply Windows Updates” also triggers this function instead of the previous case where it would trigger the schedule instead of just applying the updates.

Those are the ones we wanted to expand upon! If you want to see the full list of release notes please go to the Product Page for our instant recovery software RollBack Rx Professional and restore on reboot software Reboot Restore Rx Professional by clicking the names here, then selecting Download and then Release Notes.